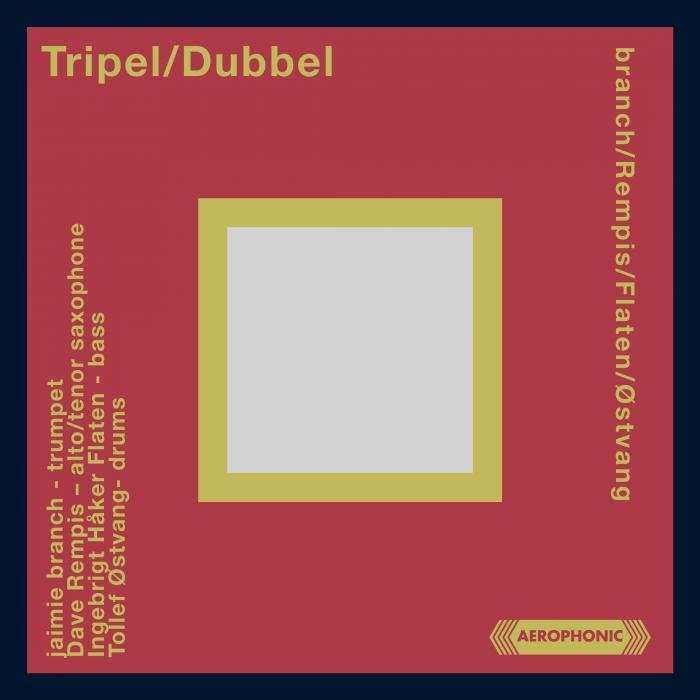 This fiery quartet recording was made during a one-week European tour organized by Norwegian drummer Tollef Østvang as part of his ongoing Chicago Connections collaboration, which has featured artists including Keefe Jackson, Josh Berman, Ben Lamar Gay, Mars Williams, Dave Rempis, Nick Mazzarella, and jaimie branch in collaboration with their Norwegian counterparts since it’s inception in 2014.  The band had kicked the tour off with a bang at the ArtActs Festival in St Johan, Austria the night before, celebrating with friends until the wee hours, and leaving directly for a long travel day up to Antwerp at 7 am with nary a wink.  As always, the energy of the remarkable audience at De Studio, built over many years by the insane dedication and hard work of Oorstof organizers Christel Kumpen and Koen Vandenhoudt, revved the band back to life in no time.

This transatlantic pairing of American front line and Norwegian rhythm section has proved a powerful combination over the last decade, and it certainly doesn’t fail here.  And although branch and Rempis have worked together since 2005, when the latter returned to her home town after spending several years in school in Boston, this is the first commercially available recording they’re featured on together!  Their long-time relationship as friends and musical colleagues is openly on display here, the playful give and take and bits of teasing one-upmanship pushing the momentum of the music forward.   Of course the juggernaut rhythm section steaming away underneath them doesn’t hurt with that. Flaten and Østvang both hail from the same corner of Norway, in the mountains outside of Trondheim, and seem to have a musical affinity that may stem from that geographic proximity.  All of these bandmates have overlapping connections and history that makes this unit one to watch out for.